Congratulations on completing Part 1 of the tutorial! Let's review what we've learned so far:

3. You can create variables that stand in for certain values, and write formulas like

that are easier to understand. The = sign is an assignment operator that assigns values to the right of = to the variable to the left of the =. We also learned about incrementing variables with assignment statements like a /= 2.

Let's practice what we've learned, and add a couple of little tricks, with an example from orbital mechanics. According to Kepler's Third Law (see Knight, Second Edition, Chapter 13.6) the orbital period T of a satellite (that is, a very light mass) under the influence of the gravity from a massive body M, such as the Earth or the sun, at a distance r from the centre of M, satisfies

where G is the gravitational constant. One effective way to use computers in physics is to code up simple algebraic formulas like this and test them for various input values.

Activity 1: Now do the following:

would be written as the assignment statement G=6.673e-11 in Python.

Good programming practice: comments and input-output . Notice that our solution script has a lot of comments and the input and output statements are written to be understood by any user. Follow this practice so that anyone, including yourself in several months time, can understand the program. Quality and clarity of your code, comments, and output will factor into our evaluation of your computational work.

We are now ready to begin the next part of the tutorial, which covers the important concepts of functions and modules. Before we do, we wish to remind you that this is not a formal course in Python. So while we will be introducing a lot of concepts here, we do not expect you to learn them thoroughly at this point. Instead, we want to make sure you get a working knowledge and lots of practice. So don't get discouraged if you don't understand all the examples; your understanding will improve as you work more with Python.

2. Introduction to functions and modules; the numpy module

The expression input('Please enter the radius in metres. ') in the previous example is a call to a Python function called "input", which takes an argument in parentheses (), performs an action, and returns a value.

Besides built-in functions like input(), you can get access to functions other people have written, and, as we'll show later, you can define your own functions.
Modules are Python programs that package together several functions, as well as variables, for you to access and use. Using modules allows you to extend Python, reuse code, and take advantage of code created by others. So functions and modules can reduce the amount of coding you have to do.

Before we learn more about functions, we will start with a simple example of using modules. Lots of formulas in physics use Euler's constant, e=2.718.... This constant is used so often that it has already been defined in one of the standard Python modules. We can find it in an important module named numpy (which is a contraction of "numerical python"). To access e. we can import it from numpy.

Activity 2: Now do the following:

You will probably see something like the following error message:

What happens? Nothing, apparently, but at least you didn't get an error message! Now type

The interpreter printed out cos(π/2) and sin(π) as very small numbers, quite close to zero. It is clear that the trig functions expect their arguments in radians.

specifies that we should use only the two functions sin() and cos() and the constant pi from the numpy package. But the numpy package includes a huge number of commands and to import them all we can type:

In this line, the symbol * is not the multiplication symbol but a so-called wildcard that stands for all the functions, variables, etc. that are available from numpy.

Activity 3: To practice what we've learned, do the following:

(see the illustration below). 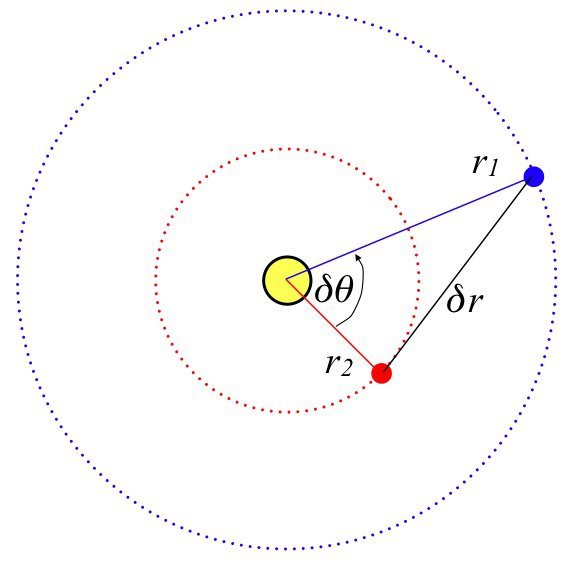 3. Defining your own functions

If you are going to evaluate the same expression or perform the same sequence of operations many times in a program, it is tedious and error-prone to keep retyping the same code. It is more efficient to create your own functions, something that Python lets you do easily. Functions make your code better structured, which means easier to write, understand and correct.

To get the left hand side, you need three pieces of information: the current radioactivity, the elapsed time, and the half life. This means that we need to create a function with three arguments. It's very helpful to imagine how you might use such a function in a program. For example, you could imagine a line in your script that looks like

In this line, the new_activity receives the value of the function get_new_activity given the old_activity, the elapsed_time, and the half_life. So, now we know what we want our function to do, and have a basic design for it. How do we tell Python what we want? We create a function using Python's def command. Here's how we implement the function:

There are a few things to notice here.

consists of the def keyword (command), which tells Python to expect a function definition, the function name get_new_activity, the function arguments (current_activity, elapsed_time, half_life), which are separated by commas and enclosed in parentheses, and the (very important) colon :.
The following lines

are indented, that is, they are offset from the left margin by a few spaces. Please note:

Now, what does the function do? The line beginning answer = calculates the radioactivity, and the line return answer outputs the numerical value of answer. Once the return line is reached, the interpreter exits the function.

To use the function, we simply call it like we called the sin() and cos() functions before. For example, the line

Activity 4: Let's try out our new function! Do the following:

You can read more about defining your own functions and modules in the Introduction to Functions and Modules(current links are for Python 2 documentation).

Part_2_Questions.pdf(current links are for Python 2 documentation)

Part_2_Solutions.pdf(current links are for Python 2 documentation)

This concludes Part 2 of the Tutorial. You can now move on to Tutorial Part 3.